Deciding to become a tattoo artist was no picnic as I had minuscule support from the people around me. I was on track to become an arts administrator, studying at the local university and I was in my late thirties! Everyone thought I was CRAZY. I worked part time as a theatre manager & youth arts instructor and my supervisor, a retired school-teacher, said “Don’t do it. You’ll ruin your life.” He was so disappointed in me.  Honestly, that was hard. 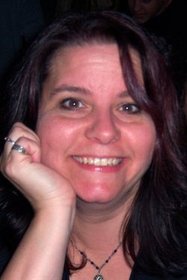 To go from the sort of “wonder kid” of administration, directing and paperwork, to joining the ranks of the deviants who tattooed…I could see it in all the eyes around me. And heard it in the whispers “Did you know what Shelly’s doing now…OMG you won’t even believe it!” Really, I was sort of a “little house on the prairie” stay-at-home mom, turned obsessed theatre person and now I was talking tattoos.  No one could figure me out.

And yet, being the non-conformist black sheep that I was, I decided to ignore the “good advice” and go with my gutsy, artsy soul choice. So I left college, signed up for tattoo school and traded in my scripts, props and set design for needles, ink and skin art. Attending this tattoo school was not a happy experience.  Dealing with a misogynist, sexist male instructor (proud that his nickname was “creeper”) and attempting to study what they called “curriculum” (a bunch of poorly copied pages from books and the internet) was a joke! The first day of class this guy said to us “I will stab your fucking eyes out if you steal my ideas”.  Whoa.  Welcome to higher education? I happened to attend tattoo school when it was just transitioning away from old school style apprenticeship in Oregon, and schools didn’t quite know how to be professional and regulated. So paying to attend a private career school AND being treated like crap rubbed me the wrong way! But I bit the bullet, called the guy on his BS (thanks to the new state laws regarding the treatment of students) and after several incidents of disrespect and harassment suddenly he was “absent” on the days I was in school.  Looking back, I can see that it was a very shoddy training and I barely learned enough to pass the state exam. Once away from that school I had no contact with them and proceeded to work on my own (exactly what everyone said NOT to do) and struggled for a couple years to learn how to tattoo properly.  This was before there were videos/webinars all over the internet.  I read whatever I could get my hands on, studied other people’s work and attended several workshops.  But it wasn’t until I really focused in on art foundations, color theory and took some painting classes that my work greatly improved. Somewhere around year 5 of my tattoo adventure, when most business owners are told they will finally start to make money– the economy tanked! Tattoos were suddenly at the bottom of the list for most people.  After a year of intense struggle and a lot lonely sobbing, I was on the verge of closing. But I just couldn’t give up and chose instead to live in a tiny garage, at my sister’s house (who had FIVE kids!) saving ALL my money to pay the studio bills, and just kept going!

It was during this painfully slow time that I turned my attention to opening my own tattoo school. Partly motivated by the horrible experience I had myself and the desire to create something amazing, as well as my love of teaching.  The mountains of red tape and fear of not having enough experience almost stopped me.  But my audacious self could not be a quitter! Thus Garden of Ink Tattoo School was born! Almost SIX years and 30 plus students later, I can look back at my shitty tattoo school experience, the tanked economy and my stint in ‘ye olde garage and be grateful those arduous challenges motivated me to open a tattoo school.

And the KICKER?  Being a tattoo instructor has made me a MUCH better tattooer! Turns out what Frank Oppenheimer, the physicist, said is true:

And the journey continues.  Writing a tattoo textbook, immersing myself in many forms of art as well as coaching & now blogging, keeps me on my freaking toes! And I’ve happily said goodbye to ‘Ye olde garage! ~S